Harry Potter is one of the most popular book series of all time. In 2015, Bloomsbury released a new edition of Harry Potter and the Philosopher’s Stone Illustrated Edition with beautiful illustrations by Jim Kay. The amazingly detailed illustrations are sure to fire the imaginations of both children and adults, making these books more popular than ever.

In this article, we’ll walk you through the four currently released illustrated books and give a preview of what to expect with the upcoming release of the next illustrated edition.

Below is a comparison table of the Harry Potter illustrated edition. Take a look. 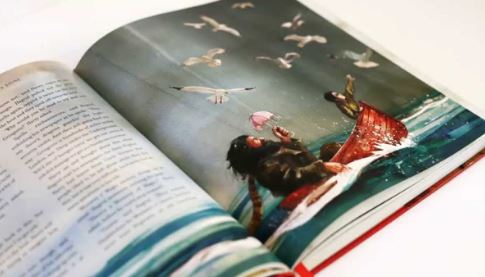 The first Harry Potter illustrated edition is a stunning work with over 100 illustrations from Jim Kay complementing the text. The illustrations are full of rich details that will captivate longtime fans and new readers.

Like in the Harry Potter movie, some of the standout illustrations include a dark, gothic look at Hogwarts Castle as Harry approaches it for the first time. Although the gothic style of this and other illustrations might seem off to some readers, these images are contrasted with bright, fun images of some of the best scenes and characters in the book. There is even a second Hogwarts image at the end of the book, this time in daylight with bright colors that offers a nice contrast once Harry feels comfortable and safe at the castle.

Another standout character illustration is the one introducing the ghosts. With a translucent, neon coloring on a black background, the ghosts seem to glow on the page. Other fun illustrations are the trolls and an adult Norwegian Ridgeback that appears to show what Norbert might grow up to be.

If you’re a fan of Harry Potter or know someone in your life who is, this illustrated edition of The Philosopher’s Stone is a must get.

2. Harry Potter and the Chamber of Secrets Illustrated 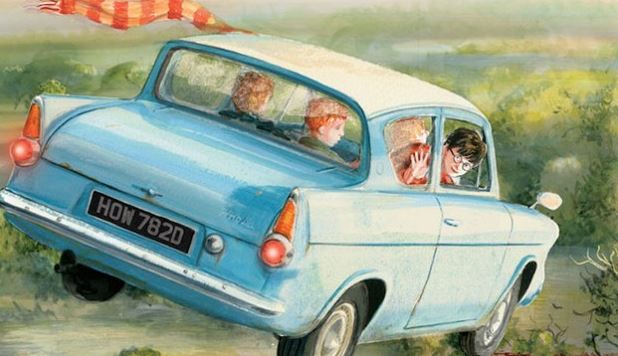 Just as the first illustrated Harry Potter book offered stunning illustrations, this illustrated Chamber of Secrets brings all-new detailed images of your favorite characters and scenes. The illustrations start off right away with a beautiful look at the Herbology adjunct building on the inside of the front cover. While Jim Kay has kept the images in continuity with The Philosopher’s Stone illustrations, he’s also added more and let the characters grow with the story.

Some of the new character illustrations show Molly Weasley in full mothering mode and a full-page portrait of Professor Sprout surrounded by creatures and plants. Just as in the first book, the ghost images are standouts, with an especially fantastic image of the leader of the Headless Horseman crashing through Nearly Headless Nick’s Death Day celebration.

While the images retain the varying light and dark sides of Hogwarts and the Wizarding World, the design of this book goes further in showcasing that. Some of the darker scenes are printed with inverted coloring on black pages with white lettering. The book cover is also the same dark style. The illustrations in this book are also more embedded with the text, sometimes even interacting with the words such as the above-mentioned Headless Horseman and a particularly striking image of green eyes peeping out from the text itself.

Once again, this book is an essential addition to any Harry Potter fan’s library.

3. Harry Potter and the Prisoner of Azkaban Illustrated Edition 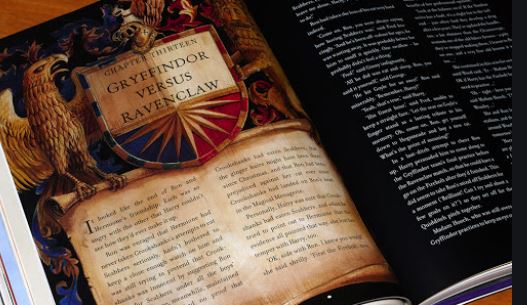 The third book in J.K. Rowling’s Harry Potter series is famous for turning towards some darker aspects of the Wizarding World, introducing the character of Sirius Black, the prison Azkaban, and the genuinely terrifying dementors. The illustrations by Jim Kay, which already showed some darker elements in the first two books, also grow with the story and characters through this book and perfectly capture the haunting feeling of the novel.

Just because the tone of the novel and the illustrations are generally darker in this book, that’s not to suggest they’re all just creepy or scary. Kay does a great job imbuing the frivolity and fantastical color of the world into the images, even while keeping them within the tone. One standout image is the Knight Bus, right on the cover. Although the setting is still dark and gothic, the bus itself glows with magical light, and even the Skelegro advertisement is whimsical while still being creepy.

Some of the new features of this book are the setting illustrations printed behind the text, such as London scenes being highlighted with the London skyline, giving a real sense of location to the story. That, along with images of new characters like Sirius Black and Professors Trelawney and Lupin, as well as new images of familiar characters, make this book a worthy addition to the Harry Potter illustrated edition collection.

4. Harry Potter and the Goblet of Fire Illustrated Edition

As Goblet of Fire is approximately twice as long as its predecessor, Jim Kay was given an extra year to finish his illustrations for this edition of the book. And while it may have been difficult to wait that additional year, the resulting book is worth it.

As books before, this illustrated edition gives us portraits of characters new and old, including Rita Skeeter, Ginny Weasley, Viktor Krum, Cedric Diggory, and a seriously scary Mad-Eye Moody. Where the illustrations stand out are the full page and sometimes even two-page spreads. The two-page Yule Ball illustration captures the magical glamour of the event with bright colors contrasted with dark silhouettes and shadows. One image that deserves mention is the scene in which Harry and Voldemort face each other in the graveyard, with dark shadows broken by bright, golden lightning that perfectly captures the chaotic, dangerous feeling of the scene.

Returning from The Chamber of Secrets is the design of inverting page coloring during darker scenes, with the text standing out white on a black background. Some of the standout scenes using this technique are Harry’s journey to the underwater Black Lake, the graveyard scene in which Voldemort is reborn, and somewhat surprisingly but very effectively in the opening scene set in the Riddle House. During these dark scenes, Kay’s illustrations bleed into the pages, giving them a creepy vibe that perfectly sits with the dark page coloring.

As with the previous editions, this illustrated Goblet of Fire is a must-have for Harry Potter fans.

5. Harry Potter and the Order of The Phoenix Illustrated

Jim Kay is hard at work on illustrating the next entry in the series of Harry Potter Illustrated edition books. Kay has stated that he is trying to make this book more of his style, using the darker turn of the story to let his expressive, dark visuals stand out.

While no release date has been set yet, it’s anticipated that this book will be released in the fall of 2021. While that’s a long time to have to wait, based on his work with previous books, the Order of the Phoenix Illustrated Edition will be well worth it.

1. How many Harry Potter books have been illustrated?

The illustrated editions of the first four books in the series have currently been released.

2. Will all 7 Harry Potter books be illustrated?

Yes. All 7 Harry Potter books will have illustrated editions. The plan was originally to release one illustrated edition each year. However, as the later books in the series are significantly longer than the earlier books, the releases have been spaced out to every 2 years to give Jim Kay time to complete his illustrations.

3. Will Jim Kay illustrate the rest of the Harry Potter books?

Yes. Jim Kay is currently working on illustrations for the fifth book, Harry Potter and the Order of the Phoenix, scheduled for release in Fall 2021. He will continue to illustrate all seven books and release each edition for the rest of the series every 2 years.

Above are the illustrated book of Harry Potter. Which one do you want to read? Leave a comment to let us know.

Source for the Best Headphones, Headsets, and Earbuds.